On this week's Hippie Love Turbo Radio Show, on KUCR 88.3 FM, I played the song Do What They Don't Say by The Jynx and I mentioned that the Mugwumps preformed their own version of the song on their self-titled album from 1967. The Mugwumps featured members Cass Elliot and Denny Doherty that later went on to form a couple influential 60s bands that you've most likely have heard of: The Mamas and The Papas and The Lovin' Spoonful. In my opinion, the Jynx's version is superior because I'm not a fan of the horns on the Mugwumps version. The whole song sounds too Herb Albert-ish for my liking.

Another song that I played during the first set was The Purple Gang's One Of The Bunch. Something I found funny about The Purple Gang is that they admitted that they didn't play a lot of gigs at clubs but instead mostly played during the grand openings of supermarkets and gas stations. I wish that sort of thing was more common today. Imagine pushing a shopping cart or sipping on a Slush Puppy while some hairy looking creeps play an out of tune version of Them's Gloria. Oh, be still my heart. Check out this old archived interview if you'd like to read more about Los Angeles' The Purple Gang.

Of course, we can't forget this weeks freaky film: Nightmare City. It's not a zombie film, technically, but its hard to classify it as anything else. The film is about a bunch of radiated goons that travel around drinking blood in order to survive. Unlike zombies, these ghouls have some sort of intelligence and can wield knives, guns, as well as, drive vehicles and pilot planes. According to the director, Nightmare City is supposed to be viewed as some sort of anti-war/anti-nuclear film but in reality it seems just like your normal run of the mill gorefest. I thoroughly enjoy how the monsters look like melted candy bars with that deer in the headlight sort of look that you'll see on old drivers licenses. 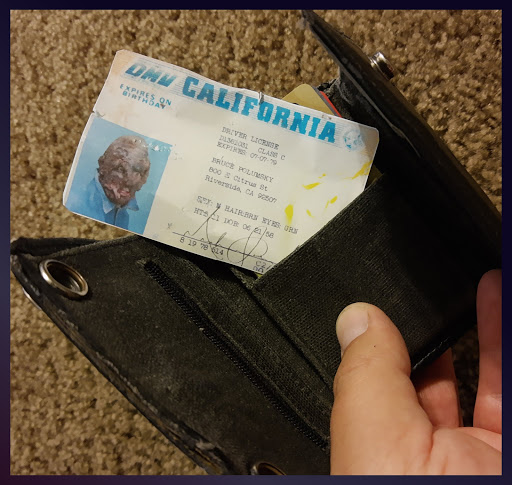 I wouldn't recommend the film if you are one to take zombie films seriously because the plot is thinner than my hairline and features some of the worst special effects I've ever seen. However, the movie's charm comes from how much is strives to be better than it actually is. Nightmare City wants Rambo style action and Dawn of The Dead style effects but is working with a legal pad script and a TV movie budget. It's a fun "laugh with your friends" type of movie.

Below you'll find the songs that I played on this week's show:

The Jynx - Do What They Don't Say

The Purple Gang - One Of The Bunch

Enfields - I'm For Things You Do