On this episode of Hippie Love Turbo, on KUCR 88.3 FM we stretched things out with 14 tracks that hit close or beyond the 3 minute mark! Most of it was psychedelic this time around but we also had a few tracks that leaned more towards beat music including our first track Aeba Suki Suki by Margaret and Bunnys. 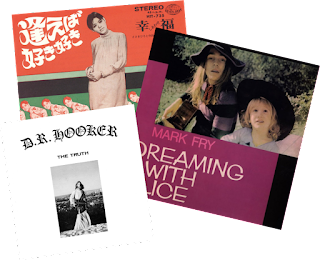 There's not a lot of info on Margaret in English but what we do know is she recorded a few singles as Margaret before she dropped the mononym in favor of Emmy Margaret. The story goes that she was discovered by Takeshi Terauchi whose office was located near the modeling agency which employed Margaret as a client and, in case you are unaware, Takeshi Terauchi was a writer/musician/producer that was known for playing instrumental surf music in his groups The Blue Jeans and The Bunnys. You may recognize his music from the episode named "Endive."

It seems that Margaret's youth, modeling experience, and American heritage were seen as marketable because it's unlikely that she would have gained recording contracts with her singing ability alone. While I personally think her voice fits the style of music she performed, I have seen many comments in Japanese articles that describe her Japanese skills as lacking and her singing as subpar. At the time, the Group Sounds genre (most often referred to as GS) was gaining popularity due to influence from British beat bands, most notably, The Beatles and Margaret's first single seemed to have a little more of a hard edge compared to her contemporaries. Unlike more straightforward garage rock, GS artists leaned more heavily on the kayōkyoku (Japanese Pop) side. This becomes more evident as Margaret's short musical career evolved and her songs began to feature more strings with softer vocals. If you like the Yé-yé inspired April March I'd suggest giving Margaret's first single 逢えば好き好き/幸福（しあわせ）a listen.

After Margaret, you heard an interesting psychedelic tune, named Forge Your Own Chains, performed by a mysterious artist named D. R. Hooker. In 1972 Hooker released his album The Truth with a very small pressing of 99 records that fell into obscurity for many years before being rediscovered and re-released in the 90s. The album cover features a robed Jesus-esque Hooker standing on a mountain top with an acoustic guitar which paired with the hippy-dippy tunes creates a curious artifact that draws you in. Visually and lyrically the album gives off almost cult-like vibes especially since it was released with little fanfare in a post-Manson world where hippie fashion became unhip. If you are more curious about the album check out this article on Vinyl Me Up which dives deeper into the strange history of the release.

Staying on the obscure side of things, towards the end of the show you heard Wendy and Bonnie perform their song By The Sea which was released through Skye Records shortly before the record label folded. Wendy and Bonnie the daughters of musicians Art and Jeane Flower that, besides releasing their sole full length album Genesis, also performed with a psychedelic group known as The Crystal Fountain. Some editions of Genesis feature The Crystal Fountain tracks Never To Rest and The Night Behind Us which leave me with an appetite for more. Who knows what could have come from Wendy and Bonnie if their label wouldn't have gone bankrupt? Perhaps they could have continued releasing album or drummed up interest in The Crystal Fountain. Back in 2014, Frank Valish interviewed Wendy Flower for Under The Radar Magazine and she explains some of the group's history, as well as, life as a young musician in the late '60s.

And to wrap things up, you heard Mark Fry's A Norman Soldier from his 1971 album Dreaming With Alice. Dreaming With Alice was quietly released through the Italian RCA sublabel IT and then fell into obscurity before gaining a cult following years later. Eventually Fry began releasing music again and has since recorded several full-length albums and also a few EPs. If you are going to listen to any of Fry's more contemporary works, I'd suggest starting with Mark Fry/The A. Lords' I Lived In Trees which I found surprisingly captivating. I say surprisingly because it's not often that a musician can walk away from releasing music for such a long period and then come back with something that's actually good. I've seen many artists try to record new material after their teenage efforts have gained interest through re-releases and they usually are fairly middle of the road or subpar. This is not the case for I Lived In Trees which is experimental and folky with some dreamy lo-fi undertones. There are more hits and misses in Fry's other work, however, I'd say it's all worth at least a brief listen. 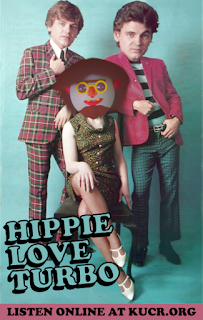