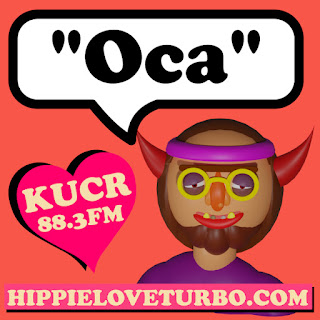 This episode of Hippie Love Turbo, on KUCR 88.3 FM was one of those episodes where, rather than talking a lot about a few things, I spoke a little about a lot of things. Here's a quick rundown on everything I talked about:

Firstly, you heard a band from Tampa, Florida named The Split Ends play their song Rich With Nothin'. The band went through a few changes over the course of their existence, starting out as The Allusions before switching to The Split Ends. When they began changing their sound to something more along the lines of hard rock or perhaps southern rock, the band once again changed their name, this time settling on Boot. If you are into hard rock, I'd say there are a couple of standouts on Boot's first album, such as, Liza Brown which is also the B-side for their first single and sounds very Led Zeppelin-esque. The next standout is Andromeda which sounds like a synth-less Rush song or maybe a throwaway from Blue Öyster Cult's first album. I've mostly seen pretty lukewarm receptions to Boot's work and I somewhat agree but, for the most part I tend to not like that sort of music, so as they say; "your mileage may vary." You can read more about the band here.

As the show continued you heard The Human Expression's Readin' Your Will and I spoke a little bit about how this Orange County band is probably best known for their history with Mars Bonfire. When the band was looking to expand their song catalogue beyond their own work, they met with Bonfire who then performed both Born To Be Wild and Sweet Child Of Nothingness on an acoustic guitar. The band opted to record Sweet Child of Nothingness as they thought Born To Be Wild lacked marketability. Of course, The Human Expression was wrong and Born To Be Wild went on to become a huge hit for Bonfire's brother's band Steppenwolf. Perhaps the band missed a great opportunity for success by passing up Born To Be Wild, however, I feel that The Human Expression's more moody and reserved musicality wouldn't have fit the song anyway.

Towards the middle of the show you, heard a mysterious band named Wolfgang play their song Tomorrow's Yesterdays. There's no information about the band online but I found the song through a compilation named Take The Brain Train To The Third Eye: Bud Mathis' Sunset Trip that chronicles the works associated with Bud Mathis. Bud Mathis had an eventful life as a soldier, boxer, musician, and actor but is probably best known for his work with The Brain Train who you also heard on this episode. The Brain Train later became Clear Light and recorded another version of the song you heard on this episode, Black Roses.

After Wolfgang, you heard a song by The Rustics named Look At Me which came from a 1992 compilation of works by Long Island songwriter Faine Jade named: It Ain't True. Jade bounced around a bunch of bands over the years including Bohemian Vendetta who, incidentally, you also heard on this episode. You may have heard Jade's work without even knowing it because a cover of his song Introspection was featured on MGMT's self-titled album from 2013. In fact, not long after the album's release Jade performed the song with the band during a concert at the Barclay Center in Brooklyn, New York. Cool stuff.

Finally, you heard The Privilege perform their version of The Highly, Successful, Young, Rupert White, which was written by Bob Hopps of The Bakersfield Poppy Pickers and Chocolate Tunnel, who recorded their own version of the song. There is another band, The Lords, that also released a single with the song but, from what I can tell, The Lords eventually became The Privilege so perhaps it's the same recording, just with a different band name. I wasn't able to find The Lord's version to confirm.